Best Things to Do in Berlin This Summer 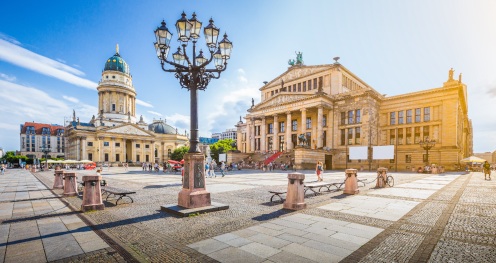 Berlin is the popular capital city of Germany, so you can be sure that there’ll be a whole host of activities, amenities and attractions to keep you occupied. No matter the season, Berlin is a fantastic place to be in, but summer is arguably one of the best times there. When the sun shines and temperatures are high, there are parts of Berlin that come alive. Between the months of May and September, you’ll more than likely notice a change in the air and atmosphere. As more and more tourists flood to the region at this time of year, it’s the perfect time to get out and explore what Berlin has to offer. We’ve outlined some of the best things to do in Berlin, so why not add them to your bucket list and tick them off whenever you’ve been.
What’s truly astonishing about the attractions in Berlin is that you can go time and time again and never get bored. If you live in Berlin, the surrounding areas, are thinking about making the move to Germany or simply coming for a holiday, our top picks of things to do here are listed below.

What to Do in Berlin

Enjoy art, museums, water, bike rides, picnics and so much more in Berlin. As the largest city in Germany, the possibilities are endless. It’s home to world-renowned universities, orchestras, museums and entertainment venues, but we’ve picked some of our favourite things to do in Berlin.

This 18th-century neoclassical monument is a symbol of separation between East and West Berlin. Not only does it look impressive, but it ’s probably one of the most significant landmarks in the city. Since its construction in 1788, it has witnessed the city’s history and offers some fascinating insights into the past.
As one of the most iconic sights in the city, it should be at the top of your list of things to do in Berlin. Sitting at 26 metres high, 65.5 metres long and 11 metres deep, the Brandenburg Gate faces Pariser Platz, which is a highly attractive and popular square in the city.

Featuring an array of internationally significant museums, Museum Island is a place for anyone who appreciates art, history and architecture. Located in the middle of Spree river, this island - that is a unique ensemble of five museums - has been turned into a complex that is now listed as a UNESCO World Heritage Site.

Please note, that to make the most of Museum Island, it may be best to obtain a 3-day pass. This way, you’ll be able to fully appreciate what’s on offer.
The museums found here include:

For a 360-degree view of Berlin, this is where you need to be! The tower defines the silhouette of Germany’s capital city, and as the highest building in the city, it’s safe to say that you won’t be able to walk anywhere nearby without seeing it.
This design masterpiece was devised by the GDR architect Hermann Henselmann. It stands at 368 metres, making it the fourth tallest freestanding structure in Europe. The sphere, which is around 203 metres above ground level, is where visitors can enjoy panoramic views of the city.
There is also a revolving restaurant where you can sit back and delight in a range of delicious cuisines and spectacular cocktails. You can also visit Berlin’s highest bar, Bar 203, and quench your thirst with an array of drinks while snacking on some light bites.

Located near the Brandenburg Gate is the Holocaust Memorial site, which is a central place of remembrance dedicated to the murdered Jews of Europe. As it’s in the middle of the city, many people often visit here to pay their respects while learning a little bit about the historic event that affected the world, WWII.
Covering 19,000 square metres, 2,711 concrete slabs - all of varying sizes - are displayed. The open styling means you’re free to explore and make your way around the area.

Berliner Dom, also known as the Berlin Cathedral, is one of the most impressive landmarks within the city. Built in 1905, it is a Neo-Renaissance style building that features elaborate decor and ornamental designs. The magnificent dome helps to make Berlin’s cityscape so beautiful.

Go on a Bike Ride

Imagine cycling through Berlin, feeling the wind through your hair and the sun on your back. There are many people who will hop on a bike to get around Berlin, and it’s often considered one of the best - as well as the most convenient - ways to travel through the city. Renting a bike from one of the many rental outlets is a great way for you to get around quickly. And what better way to enjoy some summer sun than with a nice bike ride around the city?
With the surfaces being mainly flat, you’re able to cycle around parks, canal routes and city paths with ease. This is the ideal way to get out and explore all four corners in Berlin.

If you don’t feel confident knowing where you’re going, take advantage of one of the bike tours available. Led by an experienced local guide, you’re sure to see some amazing places.

Stroll through 520 acres of what is known as the city’s green lung. It’s the heart of Berlin, with many visitors enjoying a leisurely walk, a gentle jog or a family picnic by the lake. Green lawns spread across the park, providing the perfect place to sit back, unwind and enjoy some of Berlin’s glorious sunshine.

During the summer months, Berlin's botanical garden transforms into a sea of beautiful flowers that are bursting with bright colours and fresh aromas. It’s home to more than 20,000 species of plants, including giant bamboos, white waterlilies, orchids and cacti. Even if you’re not too keen on gardening yourself, taking a walk through this garden and taking in the diversity is something not to be missed. There is also a botanical museum located within the gardens.

Berlin Zoo is the oldest and probably most well-known zoo in Germany. It’s home to almost 20,000 animals, which includes around 1,300 different species. There are guided sessions and tours as well as feeding and animal shows, which always prove popular among families. Explore the extensive array of zoo inhabitants and take your time while wandering around the various enclosures. Some of the most popular animals include elephants, giraffes, gorillas, and giant pandas, but with so many to see, you’ll never get bored here.

If the places to visit and things to do in Berlin we’ve highlighted are enough to draw you in and start thinking about making the move, take a look at all of the properties are available for sale. EW Immobilien Real Estate GmbH are experts in selling property in Germany, so make sure we’re your first port of call when looking for Berlin property: https://www.ew-realestate.com/properties/for/sale/region/berlin
Before investing in Berlin property, there are a few things you ought to consider. Take a look at our guide to find out more: https://www.ew-realestate.com/news/article/122/investing-in-berlin-property 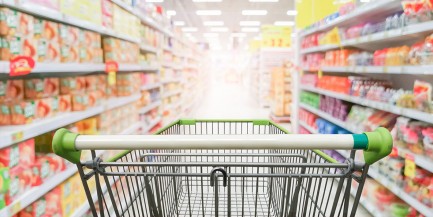