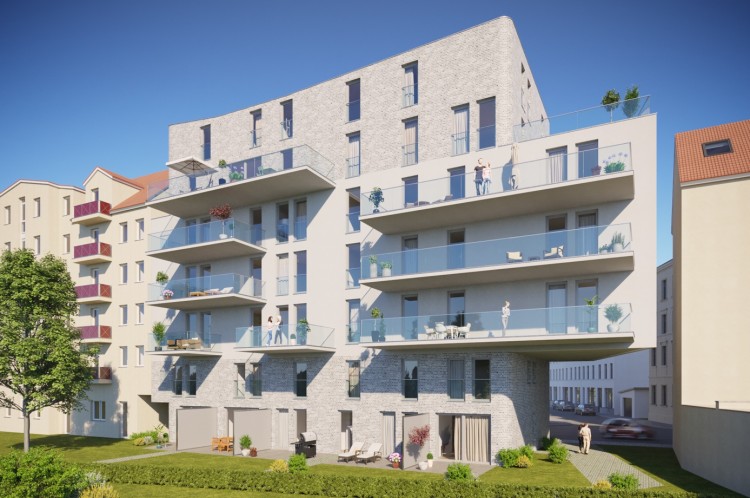 DESCRIPTION
we are glad to offer you a land plot for construction of a residential building in the city of Leipzig (land - Saxony).
The plot area is 700 sq.m. According to the project, the residential building will have a total area of 2003.79 sq.m. and consist of 19 apartments (2-5 rooms, ranging from 45 to 140 sq.m.). It also provides for the construction of underground parking for 22 cars.
Land area - 700 sq.m.
Price - 2 002 790 euros

The land is located in the south-west, in the district of Kleinstshoher. Here is the popular shopping center Süd-West-Einkaufszentrum, within walking distance - schools, kindergartens and pharmacies. Nearby is the lake Cospudener, part of the Leipzig Neuseenland. Here you can not only relax and swim on the sandy beaches, but also take walks around the lake, ride a bike and roller skates.

Leipzig is a city in Germany, located in the west of the federal state of Saxony. In terms of population (over 595,000 people), it is the largest city in Saxony, and the ninth largest in Germany, as well as the fastest growing large German city. Known for its university and trade fairs, Leipzig is the economic, cultural, scientific and transport center of Central Germany. Together with 32 km west of Halle in Saxony-Anhalt, Leipzig forms a city agglomeration with a population of about 1.1 million people, and is one of the economically most developed regions of East Germany. Leipzig was a candidate city for hosting the 2012 Summer Olympics. It was planned that competitions in rowing, rowing slalom, beach volleyball and some other sports would be held in Neuseenland.


If you are interested in this and other objects, you can leave a request. Managers of our company will contact you shortly and provide you with the objects that match your request.
Do not miss the opportunity to purchase a plot of land with a project to build a residential building in Leipzig!

Land Area: 700 sq m
Total Area: 2003 sq m
Floors in the building: 7
Parking: yes
Parking Spaces: 22
Enquire about this property
one of our advisors will be in touch regarding your enquiry